Home News Seven fishermen were rescued in the White Sea, cut off from "great land" 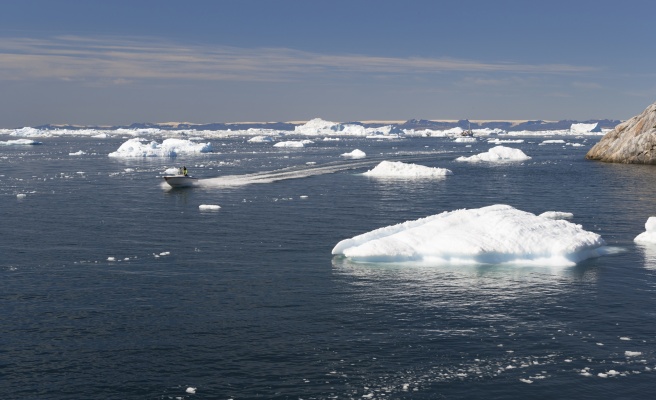 Rescuers evacuated seven fishermen from Mudyug Island in the White Sea near Arkhangelsk, cut off from "great land". At the same time, two other fishermen in distress were rescued.
According to the Ministry of Emergency Situations and Emergency Situations in the region, the water in the bay reached the main ice. It became dangerous for amateur fishermen who fished to travel in the Dry Sea. The second young ice formed on the surface of the water is unable to support human weight. As a result, the fishermen were unable to leave the island on their own. They ran out of food.
A shift from the Arctic Complex Rescue Centre went to the rescue. His hovercraft overflew the difficult ice situation on the Maymax River and headed for Mudyuga. The fishermen were evacuated in two batches and did not require medical treatment.
Meanwhile, in the Kumbysh Island area, two other fishermen fell under ice on a snowmobile that covered the water completely. They got very wet and barely stayed on the ice surface. Between flights to Mudyug, the rescuers took these victims, too.

The high level of water in the region of Kumbysh is maintained, travel there by car and all-terrain equipment is extremely dangerous, the rescue personnel warn.