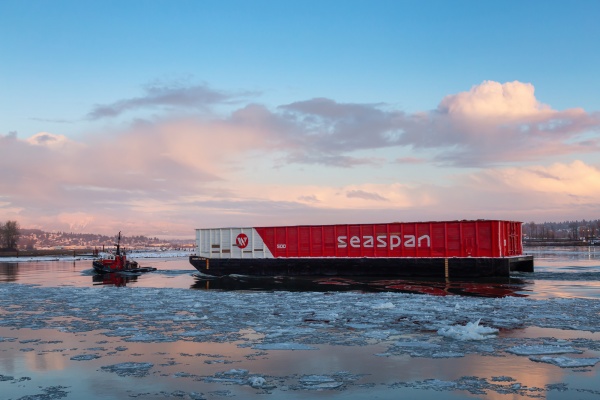 Recently it became known that Seaspan has ordered the construction of six container ships with scrubbers with a capacity of 15.5 thousand TEU. However, the most interesting thing is that Seaspan does not disclose where exactly the ships will be built, but they say that one of the world's largest shipyards. The press service of the company informs about it.

It is reported that the commissioning of container ships is scheduled for mid-2024. After the delivery of the container ships to the customer, they will be handed over to the leading container carriers for time charters.
The construction of container ships will be financed from borrowed and own funds.
Note that the company's fleet includes 127 vessels with a total capacity of just over 1 million TEU. Since December last year, taking into account the new 15.5 thous. Capacity, the corporation announced the acquisition of 37 new vessels and 2 vessels on the secondary market with a capacity of 580 thousand TEU. Thus, the capacity of the Seaspan fleet will reach about 1.7 million TEU.