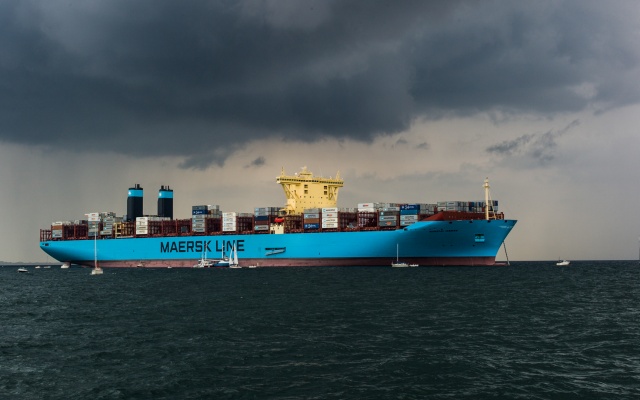 Maersk is increasing the volume and frequency of shipments on the AE19 transcontinental service through the ports of St. Petersburg and Vostochny to weekly in the eastern direction and up to four times a week in the western direction, the press service of Maersk reported.

On April, 2021, the first shipment of transit containers from Europe to Asia was performed as part of the extended weekly AE19 service. The train with transit containers, which had previously arrived in St. Petersburg from the Nordic countries by the ship, left the Avtovo station - PKT terminal (part of the Global Ports holding) in the direction of the Nakhodka-Vost (exp) station in the Vostochny port - VSK terminal (part of the holding Global Ports) for subsequent shipment by sea to Asian countries.

Maersk began the first transit traffic on the Europe - Asia route, together with Modul, in March 2020. Expansion of demand from European customers since the beginning of the year has made it possible to more than double the volume of transit from EU countries.

Also, from April 24, 2021, the frequency of container trains from Asia to Europe on the AE19 route will be increased to four times a week. Due to the increased demand for transcontinental transit, Maersk is introducing an additional vessel on the Busan / Korea shoulder - the port of Vostochny - from week 16 to deliver increased volumes to Asian cargo owners.

Maersk's development of the AE19 service in both directions with a unique opportunity to send transit container trains through the port of Vostochny almost every other day is intended to increase carrying capacity and ensure maximum stability of global supply chains between Asia and Europe.

“The active development of AE19 and the increase in transit shipments between Asia and Europe became possible due to the significantly increased confidence in transit through Russia on the part of foreign cargo owners over the past two years. The convincing advantages of the Russian transit route, such as a stable schedule, predictable delivery times, prompt clearance in ports, create a long-term basis for further increasing international transit through Russia in the future, ”stressed Zsolt Katona, CEO of Maersk Eastern Europe.

“As part of joint projects, we are working out technologies that are designed to simplify operations and reduce the time it takes for transit consignments to move. So, in 2020, 99.7% of transit declarations (992 thousand electronic transit declarations) were submitted and processed in electronic form. Automatically - without the participation of an inspector - more than 270 thousand electronic transit declarations were registered, which is six times more than in 2019. Today we are working on the principle of “seamlessness” - customs clearance for multimodal transportation is almost invisible for business due to the availability of full information about the cargo previously submitted to the customs authority and digitalization of all operations, "added Ruslan Davydov, First Deputy Head of the Federal Customs Service of Russia.

“We are pleased that our partners and clients consider Russian Railways to be a reliable link in global logistics chains, which confirms the growth in the number of shipments in traffic between Europe and Asia. We will continue to work with our colleagues to further improve the quality characteristics of our joint product: speed, manufacturability and regularity of transportation, ”said Aleksey Shilo, Deputy Director General of Russian Railways.

Delivery of goods on AE19 is carried out mainly between Poland, Finland, the Netherlands and Germany in Europe and Korea, northern China and Japan in Asia. This service can also be used by Russian exporters and importers.
Transit time on the territory of Russia is 12 days. The total transit time between ports in Asia and European ports in the Baltic is 25-30 days, compared to 40-45 days through Suez.