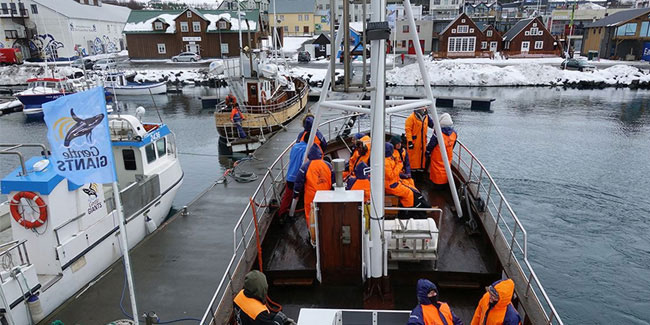 Yesterday Iceland celebrated Sjómannadagurinn (Seamen's Day).
Traditionally, on the first Sunday in June, Iceland celebrates Seafarers' Day. The professional holiday is dedicated to people whose life is connected with the sea - fishermen and sailors.

Fishing has always been of paramount importance to Iceland, where high-quality cod, haddock, flounder and salmon run through the sea. Icelanders joke that the only war their country has ever got involved in is the so-called "crackling war", when Icelandic patrol boats cut the nets of foreign fishing trawlers. However, the total mass of sailors, compared to the rest of the population sitting on their shoulders, is extremely small - only 2-3%.

Despite the huge role of navigation in the economy, as well as in the history of Iceland (as you know, without the Vikings who plowed the seas, the island itself would not have been open and inhabited), the decision on a special day came with a great delay, and only in 1937 the state supported the request of the Icelandic Sea Associations.

On this day, the best sailors who have distinguished themselves by heroic deeds or extra-large catches are awarded medals and certificates, dinner parties are organized in honor of the sailors with magnificent speeches of gratitude.

After formal receptions, the heroes of the day indulge in more reckless fun at the Sea Festival: they conduct races on sailing ships, compete in sailing and rescue drowning skills, play military battles on land and at sea, and engage in other "sea" affairs.
Seafood invariably accompanies the holiday - fish, whale meat and shrimp, ideally combined with beer, soulful sea talk and songs.