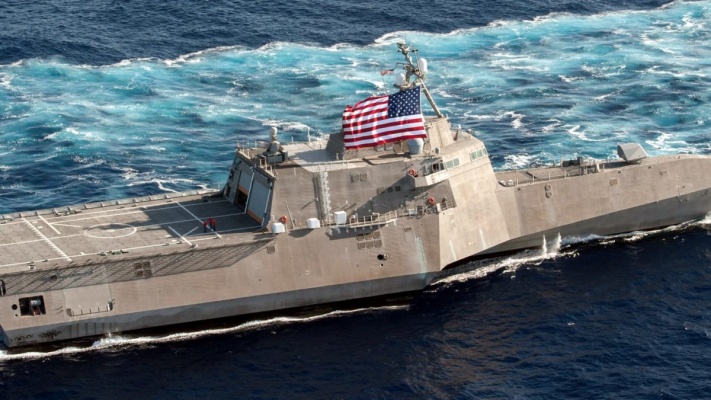 The Pentagon decided to name the new frigate in honor of the capital of Australia, Canberra.

The official ceremony in the city of Mobile was reported on Monday by the CNN television company.

"Australia is the only US ally whose capital was given the name of the ship in the US Navy. This shows how strong the friendship between our countries is," - quotes CNN as quoted by Australian military attaché Matthew Hudson, speaking at the ceremony.

Canberra refers to ships of the Independence class designed for operations in the coastal zone. This is already the 15th frigate out of 19 ordered by the Pentagon from the American division of the Australian company Ostal.

The ship's displacement is 3.2 thousand tons, the crew is 75 people, it is equipped with cruise missiles. These frigates are capable of speeds up to 80 km / h, making the Canberra one of the fastest ships in the US Navy.

In North America, for the first time since the pandemic, the ship went on a cruise