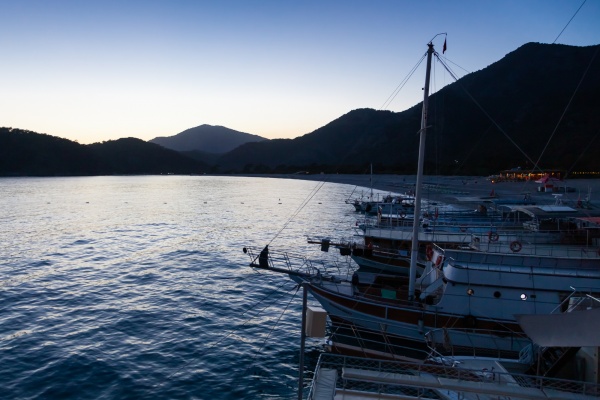 Work at sea is considered to be one of the most difficult and emotionally stressful professions in the transport industry. The 23 January pirate attack off the west coast of Africa, which ended with the death of a seafarer, is just another reminder.

On 23 January in the Gulf of Guinea the pirates boarded the Turkish container ship «Mozart». The crew took refuge in a stronghold specially designated for this purpose. The attackers reportedly used explosives. One crew member was the victim of the pirates, and 15 others were taken hostage by the bandits.
In 2009-2011, during the flourishing of modern maritime piracy, ships were mostly attacked in the Gulf of Aden off the coast of Somalia in East Africa. Somali pirates seized ships and crews for ransom. Shipowners dropped cash - a ransom for release from helicopters.

There are now virtually no attacks off the coast of Somalia owing to the presence of well-armed guards and military intervention in the region. Lawlessness is now concentrated in the waters of Nigeria and South-East Asia. Nigerians do not steal ships as Somali pirates do. They kidnap sailors for ransom, they operate mostly in the Niger Delta.
According to the International Maritime Bureau (IMB), there were 195 attacks or attempted attacks on ships worldwide in 2020, an increase of 13 per cent over last year. Last year, 153 crew members were abducted, all but five in the Gulf of Guinea.
«It is unacceptable that in the 21st century seafarers should not be able to carry out their work safely without being aware of the danger of pirate attacks. The risk of piracy has reached such a level that it is necessary to use a powerful military capability», - emphasized Aslak Ross, head of the Marine Standards Department of Maersk, in a statement addressed to American Shipper.

The lack of proper maintenance service

The cruise ship is used as a houseboat to quarantine sailors