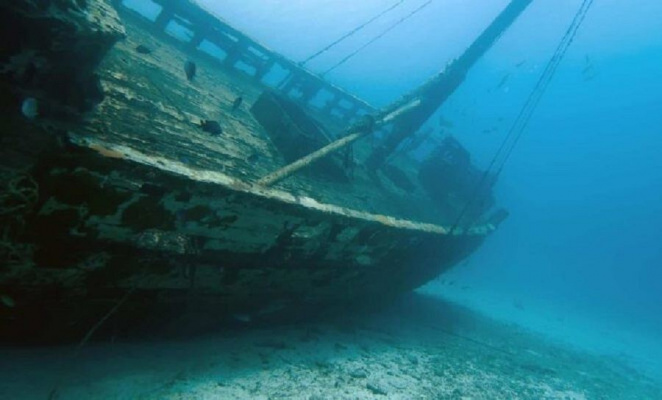 The vessel, which disappeared almost 350 years ago, is considered the first of its kind.

The fate of the ship Le Griffon, which set off on its first trip to the Great Laurentian Lakes, is one of the main navigational mysteries of the United States.

Alsp, Le Griffon was built by order of the French explorer Rene-Robert Cavalier de La Salle. The ship set off on its first and last voyage 343 years ago. There were expensive furs on board, which went missing along with the ship. Le Griffon was one of the first "victims" of the Great Lakes.

A mystical aura has formed around the disappearance of the vessel for almost 350 years: some people believe that Le Griffon sank as a result of a curse, which the crew of the ship was informed by the prophet of one of the tribes of the Iroquois. Since then, it is believed that Le Griffon has become a ghost ship.

The Libert couple believes that Lake Michigan became the last refuge of the Griffin - it was there in 2018 that the remains of a certain vessel were discovered, and earlier, in 2001, a bowsprit was found nearby, which, according to shipwreck researchers, also belonged to Le Griffon. Carbon analysis of the remains showed that the age of the submerged ship is in the range of 1679 - the year when Le Griffon sank.


The Liberts are sure that the ship sank as a result of a storm. No traces of fire were found on the found remains, so the version with mutiny or boarding can be discarded. Stevie believes that the storm lasted four days, and the furs, which, translated into modern money, cost more than 850 thousand dollars (64 million rubles), most likely also went to the seabed.

However, the researchers cannot confirm the guess — the authorities of the state of Michigan prohibit the excavation of the sunken ship. Stevie Libert said that he plans to study the bottom of the lake using non-intrusive methods: he hopes to find a ship's cannon on which the date will be stamped — this should prove without a shadow of a doubt that the found wreckage belongs to the Griffin.

South African authorities allowed to bury 1,500 tons of chemicals in the ocean