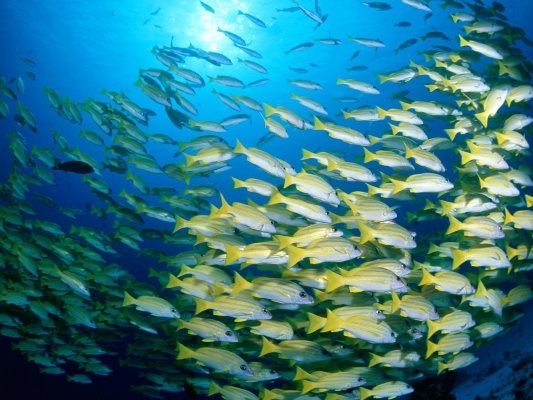 French researchers are going on an expedition to the little-explored regions of the Indian Ocean to confirm or deny the existence of living Ophiojura. By analogy with the coelacanth fish, which was considered extinct millions of years ago, and then was discovered in the modern ocean, ophiojurs can become another living fossil. Their fossil remains are 180 million years old - this is the heyday of the Jurassic period, the era of the dinosaurs.

The only living specimen of ophiojura was accidentally discovered in 2011 while studying a seamount 200 km from New Caledonia in the Pacific Ocean. It was lifted from a depth of 500 m. According to the assurances of scientists, nothing like this exists on Earth in our time, it is a completely unique species of living beings.

Most of all, Ophiojura resembles a starfish and in a sense they are distant relatives. With the clarification that their common ancestor in DNA lived tens of millions of years ago. This is also a kind of paradox, because there are strong assumptions that the Ophiojurs practically did not evolve, they remained unchanged all this time. This is a real relic monster from the past.

The word "monster" in relation to ophiojur is used absolutely justifiably, you just have to look at them. The creature has eight limbs 10 cm long, all studded with spines and hooks. They converge in the center, where a monstrous maw is located, consisting of eight sets of jaws. The perfect image for nightmarish beasts from another world, and it's very good that they are so small. Although, who knows, maybe French scientists will find larger individuals