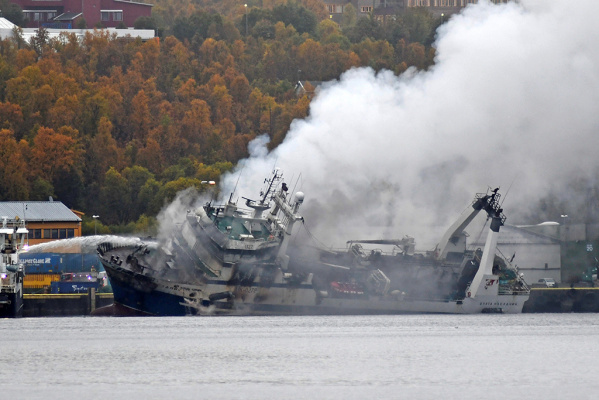 It has been known that yesterday the Russian fishing vessel Tamango caught fire in the Norwegian port of Kirkenes.

Fortunately, no one was injured as the crew was evacuated. There were 23 team members on the board. Fire brigades began extinguishing at 14:10. Now the port administration is looking for housing to temporarily accommodate seafarers.

Moreover, Police Officer Björn Tormod Sieversen said the police would shut down as soon as the fire was extinguished. Since the ship belongs to Russia, there will be no local investigation.

Trawler "Tamango" was built in 1967. He headed to Norway to catch snow crab in the Barents Sea.

In April 2021, the Russian fishing vessel Prometheus caught fire in the port of the South Korean city of Busan. It took two and a half hours to extinguish the fire. The fire was fought by 78 firefighters, 50 Coast Guard officers and two security ships.