Home News Russian and Chinese ships struck in the port 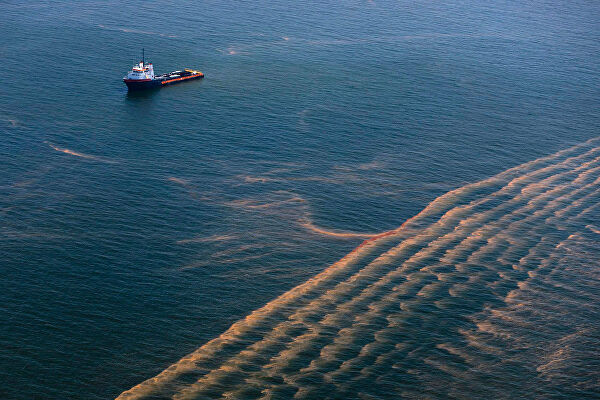 On Sakhalin, Russian and Chinese cargo ships collided; as a result, fuel oil spilled from the Chinese into the water.

The collision of a pontoon and a Chinese vessel took place in the port of Boshnyakovo on Sakhalin.

"Tonight, the operational duty officer of the Crisis Management Center in the Sakhalin Region received information that when entering the cargo terminal of the seaport - point Boshnyakovo, a pontoon collided with the Haigsheng Harmony ship, and one of the ship's fuel tanks received a hole. the sea has leaked fuel oil ", - said in a distributed release.

The crews of the Haigsheng Harmony and the port tug Priboi set up booms. The oil stain was treated with a sorbent, it does not spread. The leak on the Haigsheng Harmony has been eliminated, the vessels are afloat, there is no heel. There are no casualties.
To eliminate the spill, a group of oil spills rescuers came forward, consisting of five people and one piece of equipment. Additional booms are delivered to the site.