Radioactive cesium from Fukushima was found in the Arctic Ocean 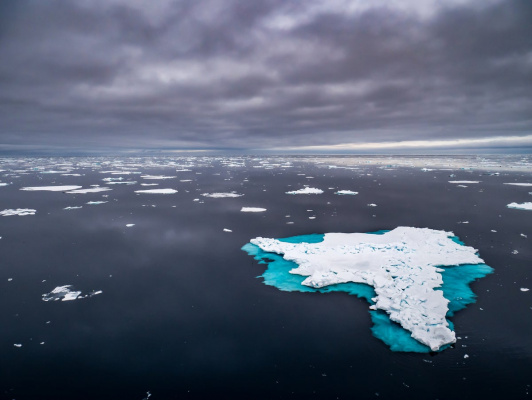 The concentration level is small, but now scientists have to study the pathways of the substance's distribution.

Specialists from the Japan Agency for Geological and Marine Science and Technology (JAMSTEC) took water samples from the Arctic Ocean north of Alaska in mid-October. Two months later, they received a disappointing result. In the sample, the researchers found radioactive cesium-134, which is believed to have entered the atmosphere during the accident at the Fukushima-1 nuclear power plant in 2011.

The analysis reportedly showed a cesium-134 content of 0.07 becquerels per cubic meter. Scientists do not exclude that cesium-137 may also be present in the waters at a level of 0.95 becquerels per cubic meter. Experts note that the level of concentration of radioactive substances in water is small, but now it is necessary to carefully study the ways of spreading these radionuclides.

By the way, starting in 2023, the ocean will also contain a radioactive isotope of hydrogen - tritium. It is contained in the water that was used to cool the reactors during the accident at the Fukushima-1 nuclear power plant. All this water went through the ALPS multistage purification system, which eliminated 62 types of radionuclides, with the exception of tritium. It was from 2023 that the Japanese authorities decided to dump this very water from Fukushima into the ocean.

Scientists assure that the concentration of radioactive substances that will enter the oceans will be insignificant, but a number of states, as well as public organizations, including the All Japan Federation of Fishery Cooperative Associations, Fukushima, Miyagi and Ibaraki prefectural fishermen associations and more than 70 % of the population of the prefecture.

A fishing vessel sank in a Latvian port