Quad Alliance is conducting naval exercises in the Bay of Bengal 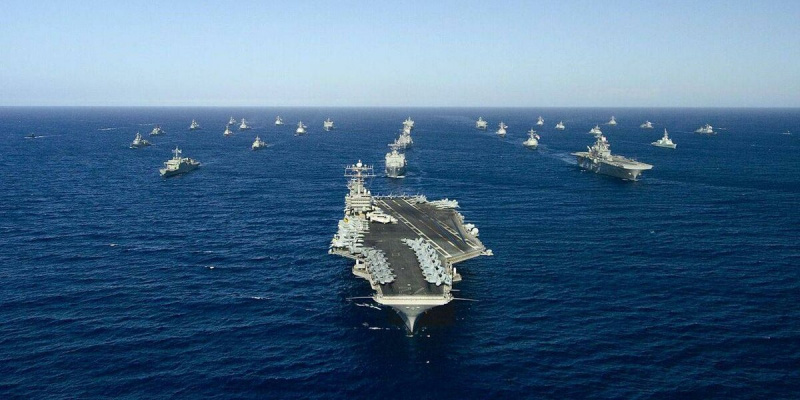 The United States, India, Japan and Australia - countries of the Quadrilateral Security Dialogue (Quad) - are participating in Malabar naval maneuvers in the Bay of Bengal in the northeastern Indian Ocean from October 12 to 14, according to the South China Morning Post (SCMP ).

"I would like these exercises to lead to stronger ties (Japan - IF) with the United States, India and Australia, which together adhere to the vision of the Indo-Pacific region as free and open," - quotes the SCMP as the words of the deputy secretary general of the Japanese Cabinet of Ministers Seiji Kihara.

SCMP recalls that Quad also held a joint exercise at the end of August.

Malabar began in 1992 as a bilateral exercise involving the United States and India; Japan joined them in 2015, and Australia - after a hiatus from 2007 - returned to them in 2020.

In April, France joined the Quad maneuvers in the Bay of Bengal, and in August the United States initiated large-scale exercises in the Indo-Pacific region with the participation of the UK, Australia and Japan - the first such exercises in more than 40 years, notes SCMP.

At the same time, the Chief of Staff of the US Navy, Admiral Michael M. Gilday previously noted,

that the exercises may become even larger in the future, but did not voice the details.

The Quad is often seen as a mechanism to counter China's growing influence in the region. Beijing criticizes this bloc, regarding it as a manifestation of the Cold War mentality.