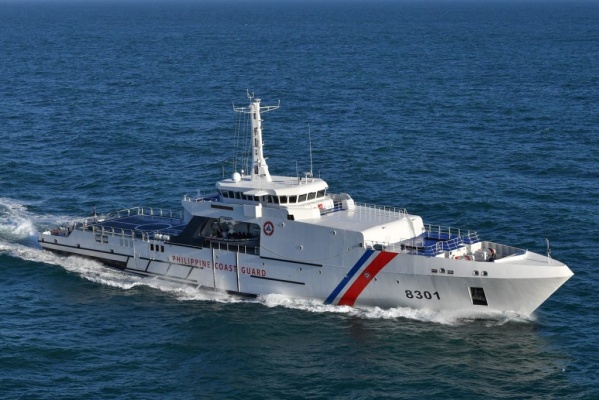 The Philippines has banned the change of crew members for ships arriving from seven countries, while Sri Lanka, on the contrary, has given the go-ahead for the rotation of seafarers through isolation centers.

The Philippines has joined a growing list of countries that prohibit crew changes for ships with foreign seafarers on board. The ban will be in effect from May 15 to May 31 for those workers who, as part of the ship's crew for 14 days before entering the Philippines, worked in India, Sri Lanka, Pakistan, Bangladesh, Nepal, the United Arab Emirates or Oman.
“Filipino and foreign seafarers who do not have immigration clearance to the aforementioned countries within the last 14 days prior to arriving in the Philippines are allowed to disembark in accordance with existing health and safety protocols established by one-stop shop (OSS) for crew members, ”the Seatrade-Maritime news agency reported.

For Filipino seafarers arriving from seven countries in the past 14 days, write-off at home is permitted, followed by a 14-day government quarantine period.
Note that this step is similar to the temporary ban on the change of international crews from 36 countries, which was in effect from December 30, 2020 to February 1 of this year, in an attempt to solve the problem of the spread of Covid-19 strains. The Philippines has now joined the Fujairah, Singapore and Hong Kong initiative by limiting the rotation of seafarers who have traveled from the Indian subcontinent for two weeks.
Restrictions were imposed not only by the Philippines: for example, the arrival of international flights from India, Sri Lanka, Pakistan, Bangladesh and Nepal to the Maldives until May 31 was suspended by the Maldives.

However, amid the dark news, there is room for a good one that came from the shores of Sri Lanka. Even in the face of a pandemic, the country has announced that it is allowing crew changes to take place through isolation centers (ICs). Alternatively, a public-private partnership that is currently facilitating the rotation of seafarers in Sri Lanka is in the process of organizing periodic charter flights to / from certain destinations.

On the one hand, everything that we are seeing today is a natural response to the ongoing pandemic and a huge number of sick and dead people. On the other hand, ship crew members should not fall prey to the crew change crisis. We and other national maritime unions have repeatedly called for seafarers to be recognized as key workers, regardless of nationality, and to provide all interested fleet specialists with vaccines so that they can work in peace and return home upon completion of the contract.