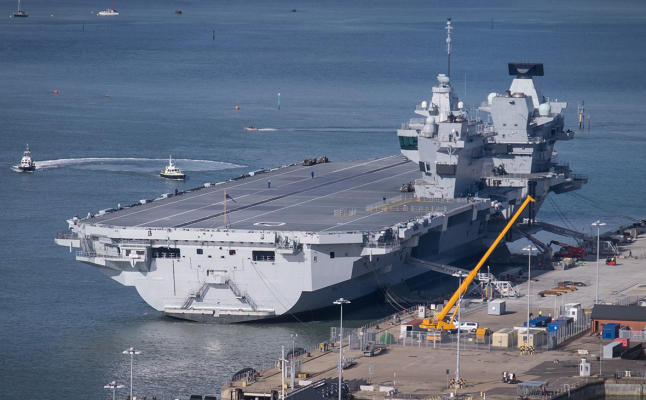 British aircraft carrier Queen Elizabeth began a 29 week cruise on Saturday at the head of an international carrier strike group.

According to TASS, the flagship of the British fleet left the naval base of Portsmouth with 18 aircraft and 14 helicopters on board, embarking on a journey of 26 thousand nautical miles (48.1 thousand kilometers) with stops in India, Japan, South Korea and Singapore.

On the voyage, he will be accompanied by nine ships, the total number of crews of which will be 3.7 thousand people.

The deployment of an aircraft carrier strike group, as conceived by London, should demonstrate the increased attention of Great Britain to the regions of the Indian and Pacific oceans, as well as the willingness of the United Kingdom, together with its allies, to guard international order.