Home News Oil spill may have occurred in the Mediterranean Sea 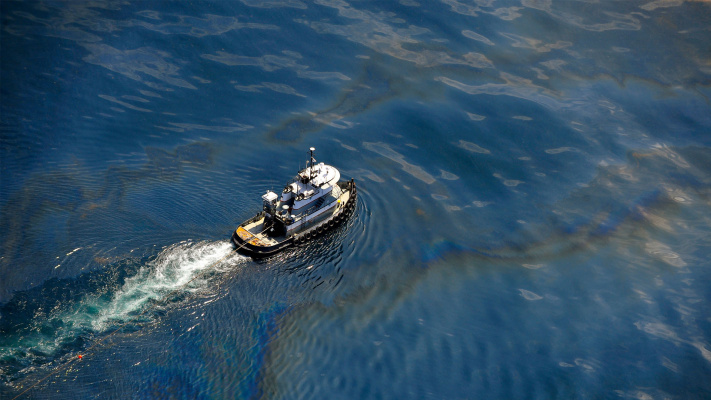 The oil spill could have occurred in the Mediterranean Sea off the coast of Syria.
"On August 29, at about 19:00, the Ministry of Shipping received a satellite image from the CleanSeaNet system.

European Maritime Safety Agency showing the presence of a possible oil spill in the offshore area between Cyprus and Syria, which is estimated to be related to a previously discovered spill on the coast. Relevant data was also received from the Regional Center for Emergency Response to Marine Pollution in the Mediterranean Sea, which notified the neighboring states, "the Cabinet of Ministers said in a statement released by the Cyprus Press and Information Bureau.

The Cypriot authorities believe that the spill could have been caused by an incident that occurred last week in the area of the Syrian city of Baniyas. "The Department of Fisheries and Marine Research was informed on Thursday, August 26, about an incident related to the pollution of the marine environment with fuel from a power plant in the coastal area of Baniyas in Syria, and has been monitoring developments since then," the report said. It emphasizes that, judging by the information received from the ships in the emergency zone, it is not about a crude oil spill, but about the appearance of a so-called rainbow oil slick on the water surface.

The statement also indicates that the slick is moving towards the northeastern coast of Cyprus, and on the basis of the meteorological data obtained, a simulation of the further spread of the film was made, which is "supposed to reach Cape Andrew the Apostle (the tip of the Karpas peninsula in the Turkish part of Cyprus) in 24 hours". In this regard, Nicosia warned of its readiness to provide the necessary assistance to the Turkish Cypriot authorities, if a request is received from them.

Collision of two ships on the river in Peru