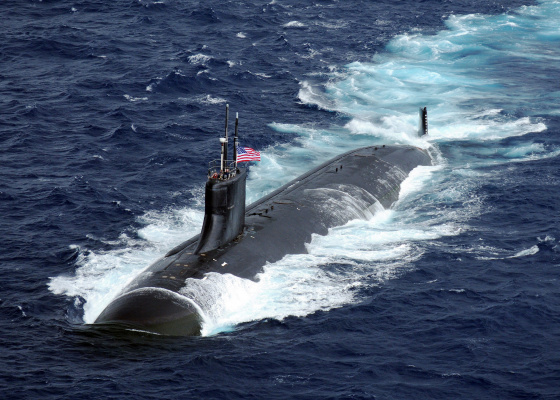 The construction of the Columbia-class strategic missile carriers, which should replace the aging Ohio nuclear-powered submarines, has moved on to the next stage.
At the disposal of American shipbuilders, an ocean transport barge appeared, designed to transport the compartments of new submarines to the place of final assembly.

According to General Dynamic Electric Boat, on November 29, Holland, a barge specially designed to transport the finished compartments of Columbia-class nuclear-powered ballistic missile cruisers, arrived at the Groton, Connecticut shipyard on November 29.

The vessel, built at the Bollinger shipyard (Lockport), was launched this summer and is named after John Holland, an Irish American who at the beginning of the 20th century created the project of the first submarine for the US Navy.

The barge is nearly 122 meters (400 feet) long and just over 30 meters (100 feet) wide. Despite its modest appearance, Holland is one of the most important elements of the Columbia-class submarine production chain, on which subsequently, it is planned to place about 70% of the entire US nuclear potential.

According to Electric Boat management, the new nuclear-powered cruisers will be assembled at the company's shipyard located on the Quonset Point Peninsula, from where they will be transported on a Holland ocean-going transport barge to testing and final assembly at Groton shipyard.

Direct construction of the Columbia-class submarines began in October 2020, with Electric Boat preliminary investing about $ 2 billion in the construction of additional facilities and infrastructure development necessary for the implementation of this large defense order.

The delivery of the first finished compartment to the assembly slipway at Groton shipyard is expected in 2023.

Pioneering Spirit is the largest ship in the world