Home News Pioneering Spirit is the largest ship in the world

Pioneering Spirit is the largest ship in the world 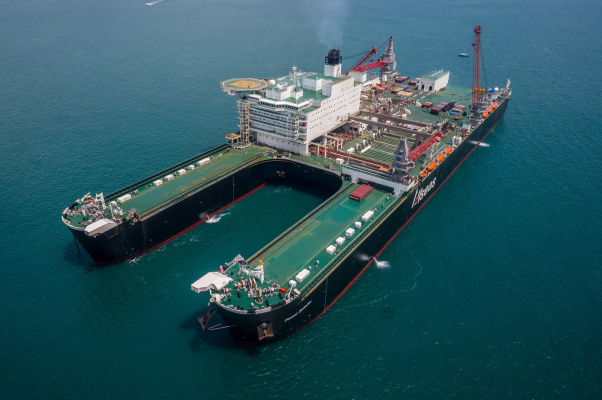 This is Pioneering Spirit ("Pioneering Spirit", or "Spirit of the Pioneer"), owned by the Swiss firm Allseas Group S.A. and is currently the largest ship in the history of shipbuilding (Fig. 1). Its displacement (about 1 million tons) is one third higher than the displacement of its closest rival - the Knock Nevis supertanker (657,019 tons), launched in 1979 under the name Seawise Giant and scrapped in 2010.

Allseas Group S.A. founded in 1985 and is the world leader in subsea pipelines and offshore installations and dismantling such as drilling platforms. It has a large fleet of specialized heavy-lift vessels, pipe-layers and supply vessels. During its existence, the company has participated in the implementation of more than 300 projects and has laid 23,500 km of underwater pipelines in the waters of all continents, with the exception of Antarctica. One of the projects in which the Allseas Group S.A. pipe-laying vessel Solitaire has participated is the laying of 686 km of the Nord Stream pipeline. The idea of building a multipurpose vessel for laying pipelines and assembling, dismantling and transporting large-sized offshore structures has been considered by the company since 1987, and in 2004 they began to design it. Initially, it was planned to create this unique vessel using the hulls of large-capacity tankers, which turned out to be difficult to implement, and the vessel was designed from scratch.

The hull of the Pioneering Spirit has a semi-catamaran design, its bow (about 1/3 of the length) is double-hulled (Fig. 3). Depending on the type of work performed, the appropriate equipment is installed here. So, when laying an underwater pipeline using the S-lay method, a stinger is mounted - a guide chute, which ensures a smooth descent of pipes under water. The weight of the stinger is 6,200 tons, the length is 150 m. A specially built Bumblebee barge is used to transport the stinger.