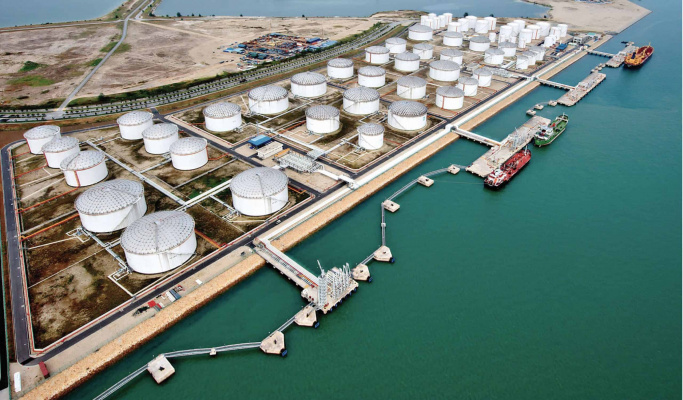 In the lower reaches of the Mississippi River, work has begun on the construction of an export oil terminal NOLA, which will be able to receive large ocean-going vessels for loading.

According to one of the developers of the project - McEnery and the administration of the NOLA Oil Terminal project, the new terminal, with an area of about 64 hectares, located near the city of Pleikmen's Parish (Louisiana) will be the largest facility of its kind on the Missippi River and will be the first in the region to serve tankers of standard size Panamax and Suezmax.

The main purpose of the new terminal will be to ship oil and oil products for export to large-tonnage vessels, which, due to their size, are currently unable to call most ports in the Gulf of Mexico and the US East Coast.

According to preliminary data, the NOLA terminal will be able to receive tankers up to 366 m (1,200 ft) in length. The project provides for the construction of two deep-water piers, which can moor oil tankers with a carrying capacity of up to 170 thousand tons, as well as a loading complex for servicing sea and ocean tank barges.

At the first stage of the project, which is expected to be completed by the middle of the coming 2022, it is planned to complete the construction of berths and main port facilities. In the second phase (the exact date of completion has not yet been indicated), additional extensive onshore storage facilities for oil and oil products will be built, as well as the missing transport infrastructure.

Upon completion of the second stage of the project, the terminal will have storage facilities with a total capacity of up to 10 million barrels (about 1.36 million tons).

According to preliminary calculations, the cost of the first stage of the terminal will be $ 300 million, and the total cost of the project is estimated at $ 930 million.