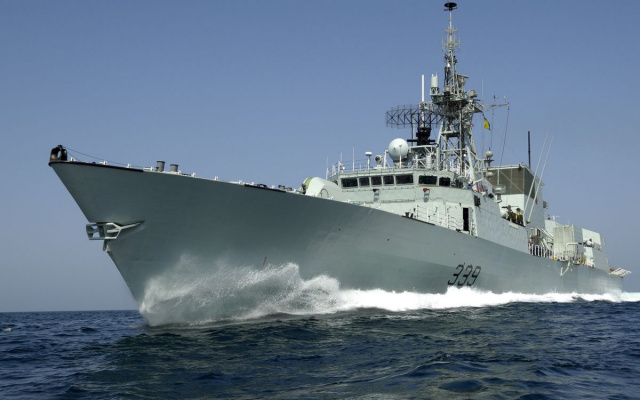 The commander of the Iranian Navy, Rear Admiral Shahram Irani, announced the imminent completion of the construction of the Talaye reconnaissance ship.

According to him, the work is at the final stage and in the near future the ship will become part of the country's navy. All systems on this ship were manufactured by enterprises of the national military-industrial complex, the admiral emphasized. Now the equipment is being promptly installed on board, after which the Talaye will be launched.

This ship is equipped with a hangar for two helicopters and, unlike some other reconnaissance ships, carries defensive weapons. In most cases, such ships operate with an escort group, which, as a rule, includes a destroyer.

Construction of Talaye began in 2013, but was soon suspended. It was created on the basis of "Mudge" class frigates with some design changes designed to reduce the visibility for electronic reconnaissance means. At the moment, such frigates are the largest warships of the Islamic Republic.

It is noteworthy that a week earlier a number of media outlets reported an incident involving the Talaye: the ship allegedly capsized in the dry dock of the port of Bandar Abbas. The information was confirmed by one of the analytical agencies, which received fresh space photographs of the port, and the media also drew attention to a short video on Twitter showing the ship lying on its side. By some outward signs in the ship it was really possible to identify the Talaye. However, no other confirmation of the incident followed, and the authorities did not comment on the situation.

The media pointed to a series of disasters and incidents involving Iranian ships, in which Israel was suspected of being involved: Tel Aviv and Tehran are currently waging an undeclared tanker war, from which many ships have suffered over the past year. However, in the case of Talaye, the cause of the accident remained unknown, but it could have occurred due to a common mistake by port personnel when placing the vessel in dry dock. Previously, similar incidents have occurred in other countries.