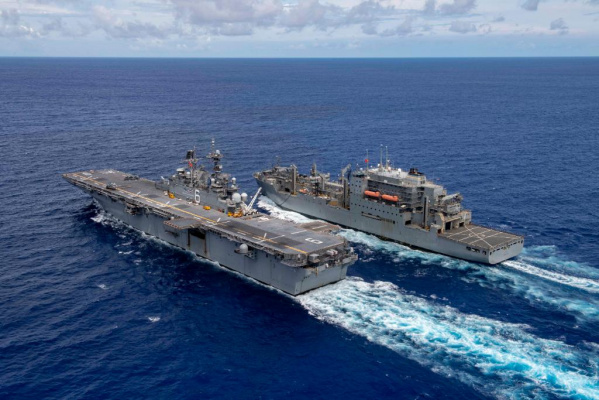 Japan and the United States conducted a radiation leakage exercise on the aircraft carrier Ronald Reagan.

Japan and the United States held joint exercises on Wednesday in the event of a radiation leak from the US nuclear-powered aircraft carrier Ronald Reagan, which is stationed at the US Navy's Yokosuka base in Tokyo's Kanagawa prefecture.
According to TASS, according to the scenario, a 300-liter coolant with a low content of radioactive substances leaked from the ship into the sea. The Mayor of Yokosuka City was informed of the incident, after which he called a meeting of the emergency headquarters to coordinate the response to the accident.

The exercise was attended by 140 people. In the course of them, the parties worked out actions to collect samples of sea water, as well as soil for research on the content of radioactive substances.

The Ronald Reagan, one of the newest American nuclear-powered aircraft carriers, joined the US Navy in 2003. Its displacement is 97 thousand tons. It can carry up to 90 aircraft and helicopters. The ship is currently based in Yokosuka.