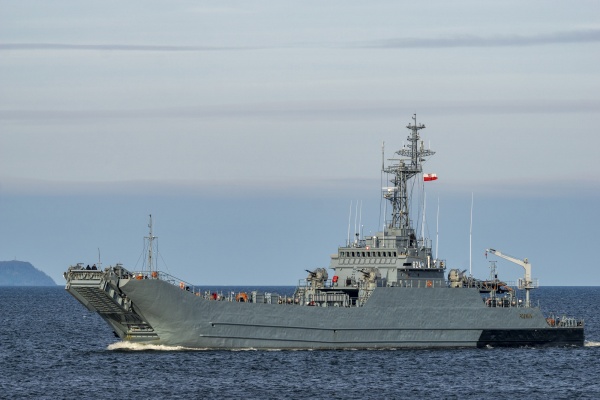 The launching ceremony of the landing ship dock, dubbed "Yushan", took place today in Taiwan.
The event in the port city of Kaohsiung was attended by the head of the Taiwanese administration Tsai Ing-wen. She stressed that the appearance of the new ship will increase the power of the island's naval forces, which is facing increasing pressure from mainland China.

Construction of this prototype began two years ago and cost $ 162 million. The ship is expected to enter service with the Navy in the first half of next year. It will replace the outdated Xu Hai landing craft, which Taiwan acquired from the United States in 1999. Its service life has already reached 50 years.
The new ship with a displacement of 10,600 tons is 153 meters long and 23 meters wide. It is capable of transporting 670 marines, helicopters, landing craft, amphibious vehicles, and other equipment. Armament on board - artillery installations and medium-range missiles "Heavenly Sword".

Taiwan has been governed by its own administration since 1949, when the remnants of the Kuomintang forces led by Chiang Kai-shek (1887-1975) fled to the island after being defeated in the Chinese civil war. Since then, Taiwan has retained the flag and some other attributes of the former Republic of China that existed on the mainland before the communists came to power. According to the official position of the PRC, supported by most countries, including Russia, the island is considered one of the Chinese provinces.