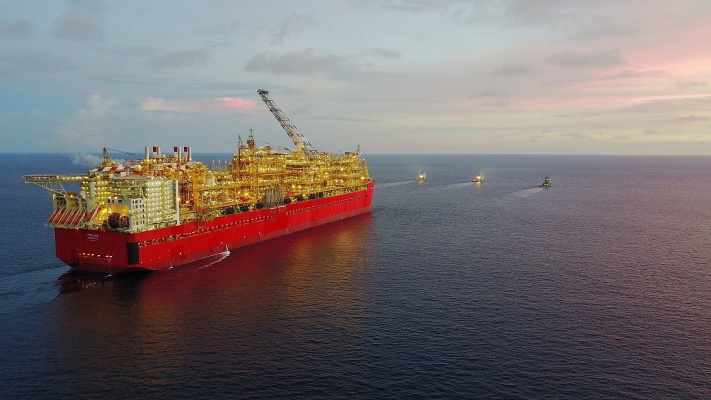 Oil and gas giant Shell will charter an LNG bunker vessel from Pan Ocean (South Korean company). The contract will come into force in May 2023. The time charter agreement provides for a fixed period and the possibility of extending the charter of the vessel twice - for a total of up to eight years.
As the industry resource Ship and Bunker reports with reference to the South Korean media, the LNG bunker with a capacity of 18 thousand cubic meters. m will be built at the South Korean shipyard Hyundai Mipo.

Earlier, in December, Shell announced that through its structure Shell Tankers (Singapore) Private Limited, it signed time charter agreements providing for the construction and freight of four LNG carriers with a capacity of 174 thousand cubic meters each. m. Agreements were concluded with Knutsen LNG, Pan Ocean Co., Ltd. and investors. The vessels will be equipped with dual-fuel engines and other technologies to increase energy efficiency, reduce fuel consumption and reduce emissions.
The delivery of the vessels is scheduled for December 2024. The tankers will be given a seven-year time charter (from September 2024 to October 2031). The option provides for the extension of the agreement, which will increase the total freight period to 13 years.

Royal Dutch Shell (Shell, headquartered in The Hague) is a Dutch-British oil and gas company, the fourth largest manufacturing company in the world by assets and the first in terms of revenue (for 2013). Shell conducts geological exploration and production of oil and gas in more than 70 countries of the world, owns (in whole or in part) 30 refineries. Shell also owns chemical plants, solar cell companies and other alternative energy sources. In 2019, the company sold 74.5 million tons of LNG.