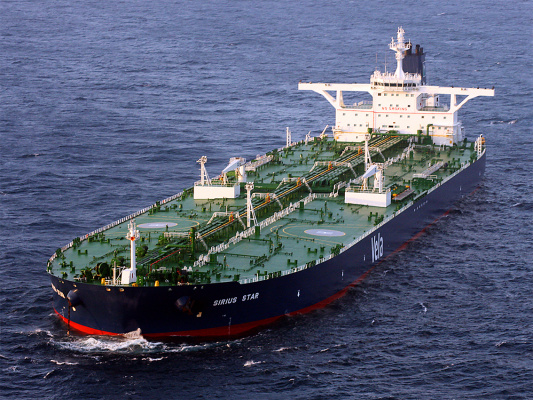 Chinese shipbuilders have completed the construction of the second giant tanker, designed to transport liquefied natural gas in special containers.

The LNG tanker Tiger Maanshan with a deadweight of 250,000 tons was launched from the slipway of the Jiangnan Shipyard (Jiangnan Shipyard Group, Shanghai). The first vessel of the same project, Tiger Longkou, has already completed sea trials. Its delivery to the customer, the Chinese company Tiger Natural Gas, is scheduled for December 2021, that is, four months earlier than the deadline specified in the contract.

In total, the Jiangnan Shipyard Group expects to build four such LNG tankers, capable of carrying up to 700 45-feet. tanks with liquefied natural gas, made in the form of containers. Thus, each of the vessels will be able to transport up to 15 thousand tons of LNG in one voyage.

According to the developers of the project, the "container" packaging of liquefied gas will significantly facilitate the organization of loading and unloading operations and will contribute to the overall reduction of the risks of transportation of such a popular energy carrier on the market.

Thus, the ability to operate with relatively small consignments of "blue fuel" will allow not only using relatively small terminals for unloading it, but also delivering gas directly to consumers, taking advantage of all the advantages of multimodal logistics chains, including along inland waterways.

Tiger Natural Gas intends to use the first four container LNG tankers to import liquefied gas from Malaysia (Bintulu village), in accordance with a long-term contract, which was previously signed with the Malaysian state-owned company Petronas. The future plans of the Chinese company include the organization of LNG transportation from Malaysia to Canada.