Home News Mysterious collision of a US submarine 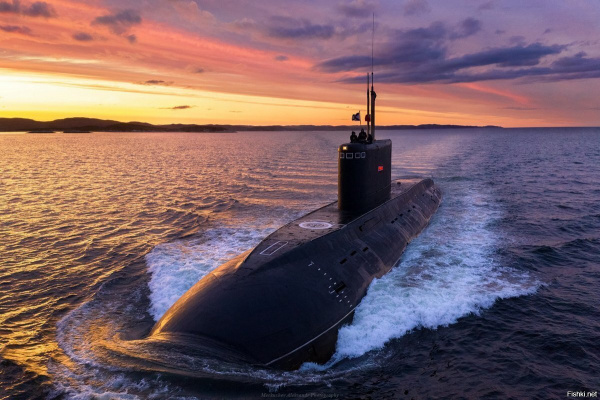 The USS Connecticut nuclear submarine crashed into an unknown object in the South China Sea on October 2. Most likely, an American ship was sent to this region to counter a possible Chinese invasion of Taiwan.

Hua Chuning, a spokeswoman for the Chinese Foreign Ministry, said China was deeply concerned about the accident. "The United States has long been creating problems from scratch in the South China Sea, using" freedom of navigation "(the principle of international law, according to which ships sailing under the flag of sovereign states have the right to freedom of navigation. -" MK "), - said press secretary. “Their actions pose a threat to stability in this region. It is for this reason that this incident happened. "

Swiss Hansjörg Hermann tweeted: "What has the US Navy generally forgotten in the South China Sea?"

American Emwun Garand analyzed the condition of the Connecticut plating after the accident: “The damage is quite large. According to recent reports, Connecticut reached Guam in tugboats after the accident. Most likely, most of the damage fell on the ballast tanks (mechanisms responsible for the operation of the submarine's submersion and ascent system - MK), and without them it is incredibly difficult for a submarine to even just balance in the sea. "

The user "AKAT" wrote, not without irony: "What do you mean by" unknown object "? Rock? A giant mermaid? Or maybe another submarine? Stop hiding information from us! "

Gabriel Ironside remarked: “It is a little strange and even frightening that the most advanced and expensive submarine created to destroy other submarines collided in the South China Sea, and not anywhere else. Although, of course, it could have been a simple coincidence. "

A user with the nickname “Bill” wrote: “Crashed into an unidentified object, huh? How about put it another way: China secretly rammed an American ship with an underwater drone! I hope we all understand where this can lead. The Chinese Communist Party is going to attack Taiwan, at the same time cutting off the rest of the world from the supply of microcircuits that we need to produce almost everything that surrounds us! "