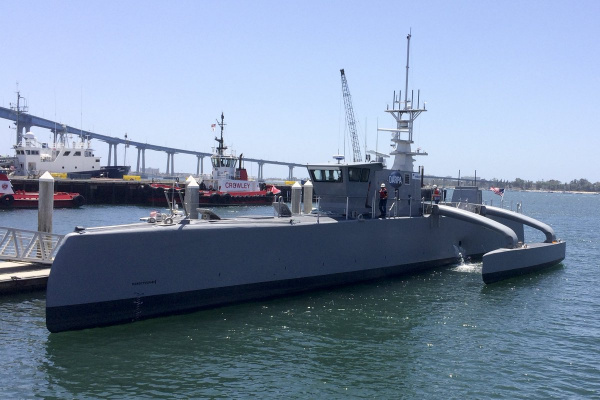 The unmanned ship of the US Navy "Nomad" has successfully completed a test passage of five thousand miles (about 8.2 thousand kilometers) from the Gulf of Mexico through the Panama Canal to the West Coast of the United States. It took more than a year to overcome this distance and carry out the assigned missions of patrolling "Nomad".

98% of the route, the drone was in autonomous mode, only when passing through the Panama Canal was it controlled by the captain.

The ship "Nomad" was created as part of the Pentagon's "Master of the Ghost Fleet" program, which started in 2017. The goal of the program is to create large and medium-sized unmanned surface autonomous ships capable of operating without human intervention and without maintenance for a long time.

To date, the project has built two unmanned vessels - "Nomad" and "Ranger". These are modified commercial high-speed supply vessels equipped with an autonomous control system. Last year, the Ranger also successfully followed a similar route. After 2022, the drones will be handed over to the fleet for further testing.

In case of a successful completion of the program, unmanned high-speed vessels will follow the squadrons, acting as floating ammunition depots.