Home News The Arctic Ocean will be renamed 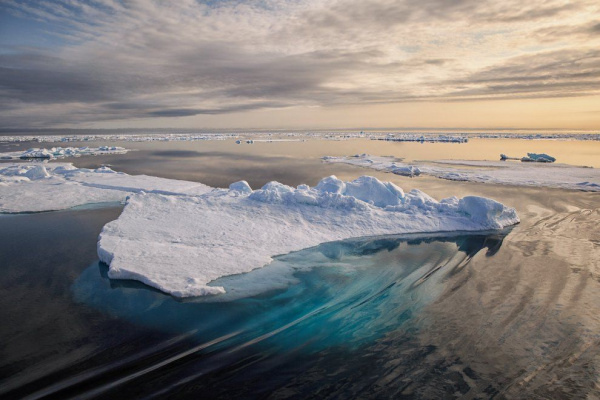 The world's oceans, which include oceans and seas, cover 71 percent of the globe. This largest body of water, by and large, determines the climate on our planet.

Meanwhile, scientists in recent years have been continuously talking about global warming, the reason for this is precisely the temperature changes in the ocean.

“These changes depend on the heat balance, heat fluxes that go over the ocean surface in the atmosphere,” said the expert. “We have been observing an increase in the heat content of the ocean for the last 50 years, and not only on its surface, but also at a depth of up to one kilometer.”

According to the scientist, this "heating" is also facilitated by the emission of greenhouse gases.

“This is proved by the fact that the water temperature rises approximately as much as the amount of incoming radiation to the ocean surface increases due to the growth of the greenhouse effect,” he explained.

Because of warming, the glaciers of the Arctic and Antarctica, Greenland, mountain glaciers are now melting, and water from them enters the ocean, Semenov continued. Due to this, its level grows every year by 3-3.5 millimeters.

“This is not much, for 10 years this is already an increase of 3.5 centimeters,” he said. "In the future, this growth will accelerate, and by the end of the century a rise of 40-60 centimeters is expected."

For some states, the rise of water even by half a meter will become noticeable: the waves will become much larger and will no longer reach the habitually outlined coastline, but to the place where showers are now, the scientist gave an example.

“And for countries located at the same level or even below the oceans, this will be a deadly threat, for example, for the Netherlands,” the scientist said.

Greenhouse gases negatively affect the ocean in another way: due to the fact that it absorbs this carbon, the level of acidity in the water increases, Semenov added. And the acid and the rise in temperature are not at all pleasing to the marine life.

“Warm water is not loved not only by fish, but also by other animals, the same plankton,” said the speaker. - And the warmer the water, the less catch will be in the north, in the same Barents Sea. At the same time, I note that the fish do not die from this, of course, but they reproduce less, since such conditions are unfavorable for them. "

In addition, more water evaporates from the "heated" ocean, which means more precipitation will be on land. At the same time, cases of abnormal heat will become more frequent, which in a number of countries will lead to disaster.

“The entire Pacific region - Indonesia, India, Latin America, Australia - is subject to strong rises in temperature that occur from time to time due to warming in the equatorial ocean, - said the scientist.

According to the expert, all these upcoming climate transformations must be taken into account in the plans for the long-term development of the regions.“For example, we need to think about how to change the cooling system of the working fluid in thermal power plants in the future, because due to the temperature rise it will be more difficult, which means that the power produced by the plants will decrease significantly,” the climatologist warned. In addition, it is necessary to take into account that the nature of rainfall will change, they will become more intense and the sewage system must be ready for this, he added.

“You can fight the heat by increasing the number of reservoirs in cities, green park areas, organizing an air conditioning system,” the scientist advised. "Also, beach areas need to be protected from changes in wave height."