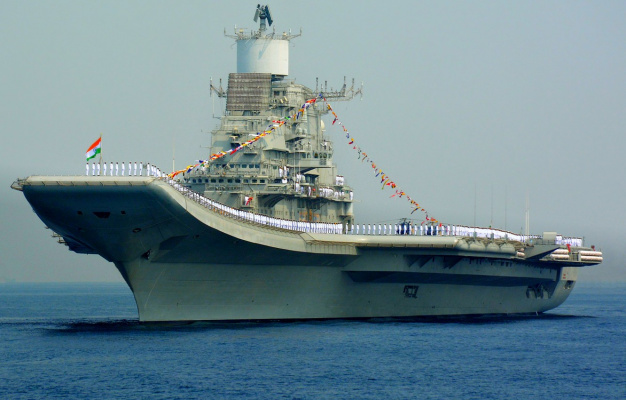 India's first self-built aircraft carrier, the Vikrant, is set to join the country's national navies in 2022.

"The self-built aircraft carrier is the pride of India and a shining example of India's self-sufficiency. The commissioning of the aircraft carrier next year will be a tribute to the 75th anniversary of independence," Singh quoted the Times of India as saying Saturday. The minister visited a shipyard in the city of Cochin in the south-west of the country, where the ship is being built.

According to Indian media reports, the ship is about 262 meters long and about 62 meters wide, has a displacement of 40 thousand tons and can carry up to 30 aircraft, including 20 fighters and 10 helicopters. This is the largest ship ever built in India.

It is planned that the "Vikrant" will be armed with Russian-made MiG-29K fighters, and an Indian promising carrier-based fighter, which is currently being developed, is also in the plans. The carrier is expected to go to sea for sea trials in the coming months.

Estonian icebreaker Botnica sets off for the Canadian Arctic