Home News Lloyd Shipyard in Bremerhaven has announced the closure 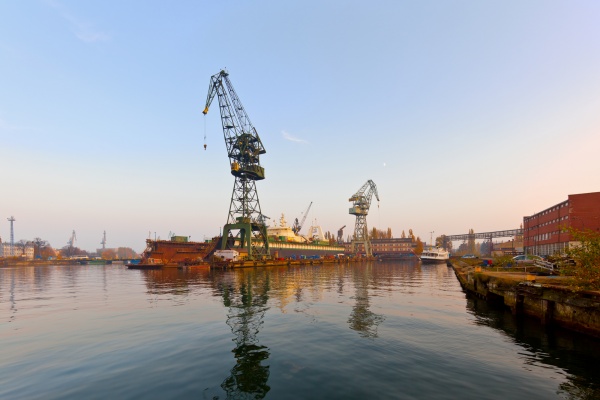 After the closure of the Lloyd shipyard in Bremerhaven, the city hopes to continue traditional business and save 300 jobs.

The luxurious yacht «Solaris» is the last major project.

The previous day, the company announced that the shipyard would be closed at the end of the year. Then the company will put its last large project - a luxury yacht called «Solaris», ordered by Roman Abramovich.
Lloyd Shipyard is one of the shipyards in Mecklenburg-Pomerania, Germany, which in turn belongs to Genting Group from Hong Kong. The Baltic Sea shipyards faced major cruise ship projects due to the Covid-19 pandemic. About 1,200 jobs could be lost. That’s why the sale of the Bremerhaven facility has been on the table for months.
Bremen Senator for Economic Affairs Christina Vogt also called for the continuation of activities as reported by the media in Bremen and Bremerhaven. Bremerhaven’s shipbuilding group Rönner confirmed that they were interested in the Lloyd shipyard and were negotiating a purchase.

The history of the shipyard in the port city dates back to 1857. In addition to megayachts, it specializes in ship repair and expansion. According to the mayor, the shipyard is of great symbolic importance to Bremerhaven.