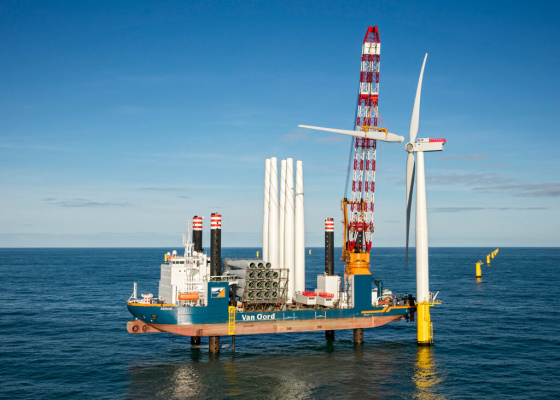 Japanese company PowerX has unveiled plans to build an automated vessel Power ARK 100 by 2025 to store and transport energy from offshore wind farms to shore.

The company said it will build a vessel with a massive battery pack that is resilient to natural disasters, requires less development costs, and has minimal environmental impact compared to submarine power cables.

The model is a trimaran, on the deck of which containers with batteries are placed. Each can store 2 MWh of energy.

The carrying capacity of the vessel will make it possible to place on board 100 containers with a total charging capacity of 200 MW / h. This is what 22,000 households consume per day.


Power ARK 100 will be able to cover distances of up to 300 km on electric traction or 1000-3000 km when combined with biodiesel. It is assumed that this will be enough for flights to wind farms installed in the coastal zone of Japan. The developers assure that the vessel will become a cheap and environmentally friendly alternative to submarine cables.

PowerX also intends to build a plant for the production of batteries for this type of vessel. By 2028, it should reach a capacity of up to 5 GW / h.