Home News A boat with 539 migrants was stopped near Italy 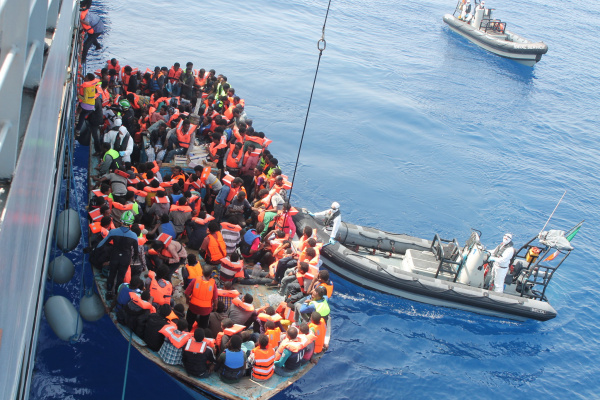 A boat with 539 migrants was stopped near Italy - it is believed that the overloaded ship crossed the Mediterranean Sea.

The Italian Coast Guard rescued 539 migrants from a fishing boat that drifted off the coast of Lampedusa in the Mediterranean. Probably, the boat overloaded with migrants arrived to the shores of Italy from Libya.

There were many women and children in the boat. Among the migrants are citizens of different countries, including Egyptians, Syrians, as well as people from North Africa.

According to the organization Médecins Sans Frontières, migrants could be beaten before being sent to Italy: there are traces of physical violence on their bodies. According to one version, they were imprisoned in Libya. Since the boat with the migrants could sink, the people were transferred to an Italian customs ship and transported to Lampedusa.

Migrants from Libya are constantly arriving on the Italian islands, in particular, Lampedusa. However, it is not often that you have to deal with so many people on the same boat. The island has a migrant camp for about 300 people, but five times that number now live there. Many are placed right on the road near the camp.

Earlier in Italy a yacht with 70 migrants was detained.