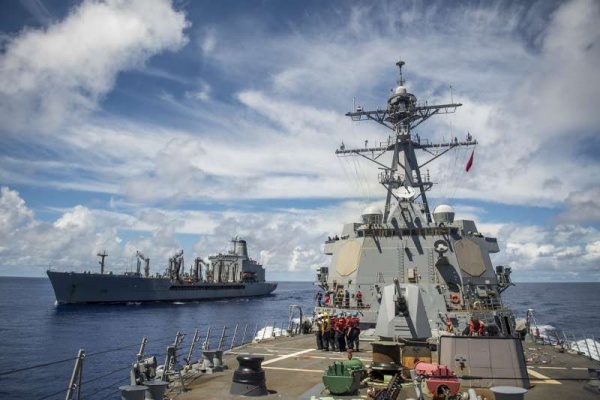 Anti-missile destroyer "Haguro" was transferred to the Japanese Navy on Friday.
The ceremony took place at the Yokohama Port Military Dockyard.

"Haguro" is the second warship in the Navy that can be equipped with SM-3 Block IIA missiles ("ES-AM-3 Block-II"). They are jointly developed by US and Japanese experts and differ from previous modifications by a more powerful engine. According to designers, the SM-3 Block IIA is faster, flying further (up to 1,000 km) and capable of intercepting ballistic targets up to 500 km.

"Haguro", named after one of the mountain peaks in northeastern Japan, will be stationed at Sasebo Naval Base on Kyushu Island, facing the Korean peninsula and China. This ship is the eighth in the Navy to be equipped with a computerized tracking and guidance system called Aegis ("Ijis"). Japan has more than any other ally in the US.

"Haguro", like the first ship of this class, the destroyer "Maia", is also equipped with a system that allows instantaneous exchange with the United States armed forces of information about missiles and aircraft of the enemy, even if not already seen by its own radar. As the newspaper "Yomiuri" noted earlier, this in fact fully integrates these ships into the US BMD structure in the Far East. The Rapid Information Exchange System significantly improves, according to the newspaper, the ability to intercept the Democratic People’s Republic of Korea’s Chinese cruise missiles and ballistic missiles. Then it will also be equipped with thirteen E-2D early-warning aircraft ("I-2D") that Japan is going to purchase from the US.

Seafarers are ignored by most countries