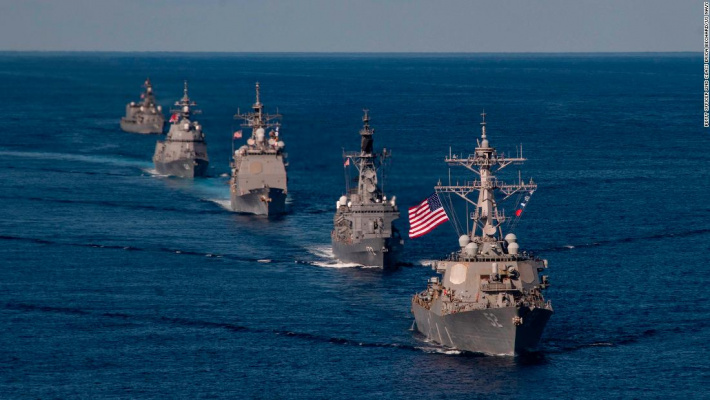 Japan's Maritime Self-Defense Forces (MCF) conducted joint exercises with the US Navy in waters south of Okinawa Prefecture, the press service of the MCF said on January 24, NHK reports.

The ISS stated that their helicopter carrier of the project "Hyuga" took part in the exercises, which took place from Monday to Saturday, January 22. The US Navy sent 10 ships to the exercise zone, including two aircraft carriers - the Carl Vinson and Abraham Lincoln, as well as a destroyer and a landing ship.

At the same time, it is unusual for the US military to send several aircraft carriers from bases on the US mainland to the waters around Japan.

Recall that in December, the Ministry of Defense of Japan announced the detection of take-off and landing of aircraft from a Chinese aircraft carrier in waters near Japan. The Japanese military regarded this as military training.

The latest joint exercises of Japan and the United States are obviously aimed at demonstrating their close cooperation against the background of China's growing maritime activity.