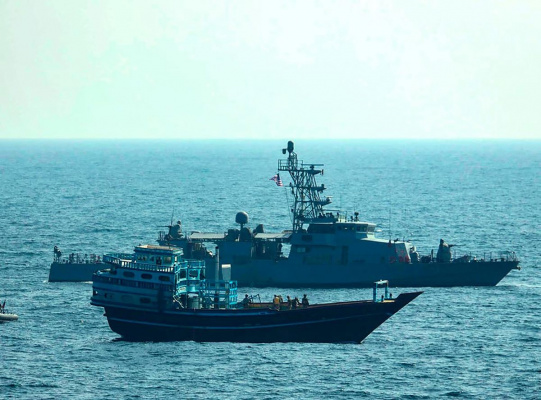 A fishing schooner without a flag, which was intercepted in the Gulf of Oman, was carrying cargo for the Yemeni Houthis.

The United States intercepted a ship in the Gulf of Oman that was coming from Iran with a cargo of fertilizers intended for the Yemeni Houthis and serving as raw materials for the manufacture of explosives.

This was reported by the Command of the Fifth American Fleet.

It is reported that on January 21, the destroyer Cole and the patrol boat Chinook stopped the fishing schooner dau, which was sailing without a flag, for inspection.

During the search, 40 tons of urea were found on it, from which an explosive can be made in an artisanal way.

It is noted that this vessel has already been stopped for inspection off the coast of Somalia in the past. Then a cargo was found on board: several thousand small arms and hand-held anti-tank grenade launchers.