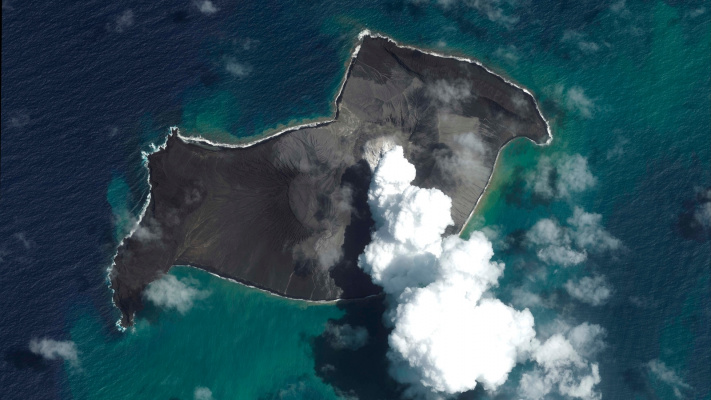 As a result of the eruption of an underwater volcano and a tsunami, according to UN estimates, two-thirds of livestock farms in the Kingdom of Tonga were affected. The expected impact on fisheries is also a cause for concern." The Government of the country also confirmed that the disaster completely destroyed the entire residential infrastructure of Mango and Atata Islands.

"Agriculture is the main pillar of our economy. The ash fall has prevented us from calculating losses so far, but I know that farmers are very worried. According to government estimates, the consequences of the disaster affected 80% of the population," says Parliament Speaker Fatafehi Fakanfanua.

About two thousand people are still deprived of access to drinking water. The Air Force and Navy of Australia and New Zealand organized the delivery of humanitarian aid.

The eruption of the underwater volcano Hunga-Tonga-Hunga-Haapai began on January 14. The next day, an oil spill occurred off the coast of Peru. Spanish oil and gas company Repsol ("Repsol") claims that the cause of the accident was the high waves that caused the eruption. More than 1,400 people are involved in the elimination of the consequences of the oil spill.