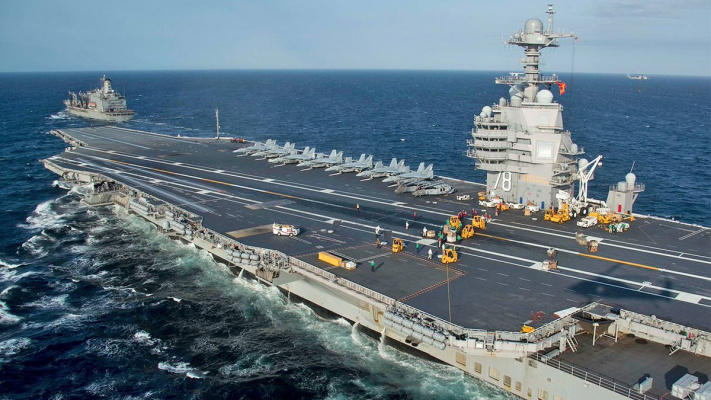 The combat systems of the newest and most expensive US Navy ship, the $13 billion Gerald R. Ford aircraft carrier, "have yet to show that they can effectively" protect the ship from anti-ship missiles and other threats.
This information is contained in a new report by Pentagon experts.

As follows from the experts' report, even though the sensor systems "satisfactorily detected, tracked targets and pointed at them," the ability to destroy training targets was limited due to the not very successful operation of interceptors, radars and data transmission systems. In addition, experts say, the reliability of the aircraft carrier's descent and lifting systems is "bad or unknown at all," and recent stress tests have identified previously unknown shortcomings. Finally, according to experts, some indicators have already been identified to ensure the survival of the ship, which can be increased. The ship is being built by Huntington Ingalls Industries Inc. by order of the US Navy.

According to analysts, the report significantly undermined the hope of the Navy leadership that the aircraft carrier could be demonstrated as an example of a new class of nuclear aircraft carriers that could spread the power of the American Navy to the entire planet and become a more combat-ready, reliable and more affordable alternative to Nimitz-class aircraft carriers, which Ford should replace.

The objectives of the Celtic Explorer expedition