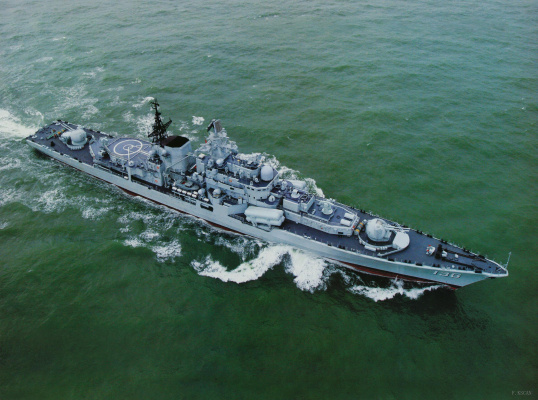 At present, the Durand de la Penne "closes" a short period when there were no large warships of the non-Black Sea NATO countries in the Black Sea - since July 27.

"Durand de la Penne" entered service in the Italian Navy in 1993. It has a total displacement of 5400 tons, a length of 147 meters, and can reach speeds of up to 31 knots. With a relatively small size, the ship is literally "stuffed" with missile and artillery systems, an anti-submarine missile-torpedo system, and torpedo tubes.

The artillery is represented by one 127/54 mm installation Otobreda 127/54 Compatto, which allows firing guided Vulcano projectiles at a distance of 70-100 km, as well as three 76-mm / 62 OTO Melara. Anti-submarine weapons - 4 launchers of Milas missile-torpedoes and two built-in 324-mm torpedo tubes. There are also two helicopters - with a take-off area and a hangar.