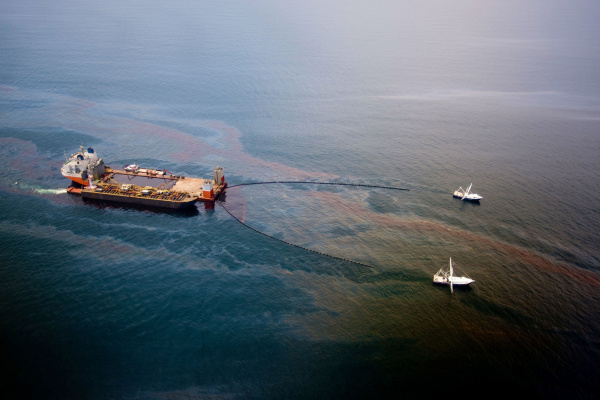 A fuel spill occurred in the Black Sea while injecting oil from a remote loading device onto the Greek tanker Minerva Symphony. On the records made by eyewitnesses, it can be seen that from the platform oil gushes like a fountain right into the sea. The cause of the accident was the destruction of the internal cavity of the hydraulic compensator - an element of the mooring device.

The incident took place on August 7, but then did not receive widespread publicity. The terminal owner issued a press release on the incident only on August 9 and stated that the area of the oil slick was only 200 square meters.

However, in a short time, using satellite images, scientists from the Space Research Institute found that the area of the oil slick is 400 thousand times larger.

By August 10, it stretched 19 kilometers from the coast into the open sea.

- This is the largest pollution of the Black Sea over the past ten years, - explains the scientist. - Oil has reached one of the key places for the preservation of the biological diversity of the Black Sea: all Black Sea fish spawn here. The sea is already degrading, and now there will be even fewer fish in it. Due to the fact that the emergency occurred during a warm period, during an algal bloom, there are risks for the entire biological chain, including marine mammals and birds. It's too early to say how serious they are.

The Institute of Oceanology reported on August 11 that the removal of the oil slick will be facilitated by a cyclone that will disperse the pollution. According to scientists, the storm could really contribute to a decrease in the concentration of oil products, but at the moment there is only minor waves at sea, which "actually leads to secondary pollution."


At the moment, a criminal case has been opened on the fact of the oil spill.