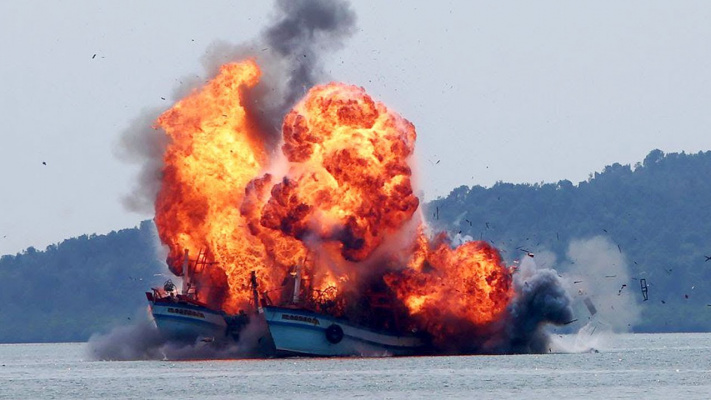 It has been known that a serious fire broke out aboard the Israeli container ship Kingston carrying toxic chemicals. The fire was discovered while the ship was heading towards the Pacific coast of Canada.
Unfortunately, as it was reported on Sunday, October 24, the Canadian Coast Guard, from the ship in distress off the coast of Victoria, removed most of the crew. Only 5 sailors remained on the container ship.

According to the US Coast Guard, 40 containers were dropped from the Kingstone. Earlier, Reuters reported that at least 6 containers were engulfed in flames, then there was information about 10 burning containers.
The captains of other ships in the disaster area were warned of the danger posed by containers drifting in the ocean and were advised to change course.

Among the cargoes transported by Kingston - 52 tons of reagents for the mining industry, containing potassium amyl xanthate (Potassium amyl xanthate). This substance is considered hazardous to the environment.
According to MarineTraffic.com, the Kingston container ship, built in 2008, has a lifting capacity of 50,500 tons. It sails under the flag of Malta. The vessel en route to the Canadian port of Vancouver from Busan (South Korea).