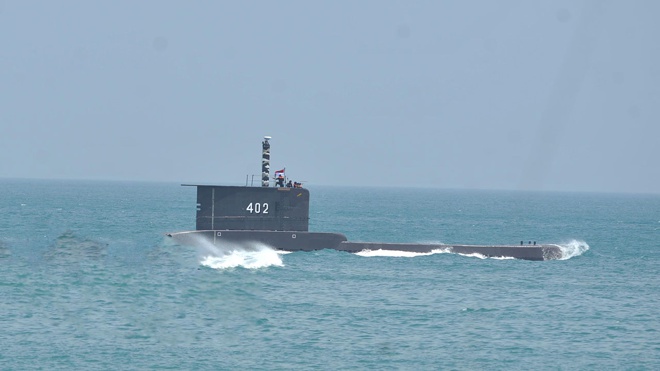 Recent reports from Jakarta and Singapore leave no doubt: the depths in the Bali Sea turned out to be above the limit for the Indonesian submarine Nangala, and she shared the fate of the Argentine submarine San Juan, which died along with the entire crew in November 2017.
The situation repeated itself, with the only difference that the Argentine Navy's diesel-electric submarine S42 San Juan, which had stopped communicating, was searched for more than a year and could only be found at the bottom in a destroyed state in November. The Indonesian KRI Nanggala-402, which disappeared early in the morning on April 21, 2021, during a torpedo firing exercise, was found by the end of the third day, but also at the bottom and in a destroyed state.

The depth of the sea in the place where something happened on the submarine and she sank (according to the first unofficial reports - 900 meters), turned out to be above the limit for the structures of this ship and disastrous for its crew.
According to scant reports from the Indonesian military, the first inspection of the sunken submarine using underwater guided vehicles showed destruction in its hull, but does not indicate the explosive nature of these deformations or some kind of extreme external impact. Most likely, the interlocutors of "RG" with extensive experience in underwater service, the crew of Nanggala-402, its commander, Lieutenant Colonel of the Navy Heri Octavian and the senior chiefs on board, for some reason, not yet clarified, allowed or could not prevent the "failure" to the transcendent depth.

The search was conducted by 18 ships of the fleet, four police ships and three - the national search and rescue service.
On the eve, the chief of the main headquarters of the Indonesian fleet, Admiral Yudo Margono, said that rescuers found on the surface of the water parts of equipment for servicing torpedo tubes, a can of lubricant for a periscope, fragments of refractory sponge products, Muslim prayer rugs and a fragment of the casing of the cooling system. The bodies of sailors or fragments of submariners' uniforms have not yet been found.

However, it became known that due to lack of oxygen, all 54 crew members died.