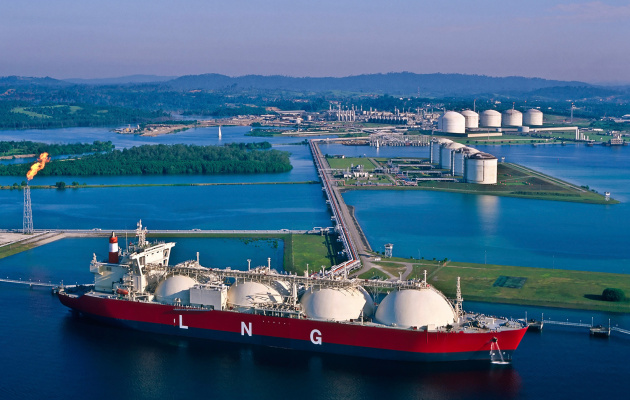 Due to the rapid increase in demand for natural gas and the continued increase in its price on world markets, the Greek government has decided to build two offshore LNG terminals at once.

According to preliminary information from the Greek Ministry of Energy, the total cost of both new projects will be $743.3 million.

According to the ministry, in addition to providing additional energy security of the country, two new LNG terminals will significantly strengthen Greece's position as a re-exporter of natural gas, as well as an important link in the transit chain for the transportation of "blue fuel" in the southern part of Europe.

The largest of the two promising projects (for $407.3 million) is expected to be implemented in the village of Alexandropolis (on the northern coast of the Aegean Sea). It is planned to build a floating receiving terminal, temporary storage facilities for liquefied natural gas, as well as a regasification station and an underwater gas pipeline connecting the new terminal with the national energy system. The technical capabilities of the new terminal in terms of LNG storage and regasification have not yet been specified.

The second terminal, called Dioryga Gas, is planned to be built near the port of Corinth, on the basis of ready-made infrastructure facilities of the Vardinoyiannis group of energy companies. The cost of the project is estimated at $336 million.

According to preliminary data, the capacity of the tanks of the terminal in Corinth will reach 210 thousand cubic meters, and the daily energy equivalent of the regasification capacity will be 132,000 Mwh. The commissioning of this facility will increase the total capacity of Greece's gas storage facilities by 80%.