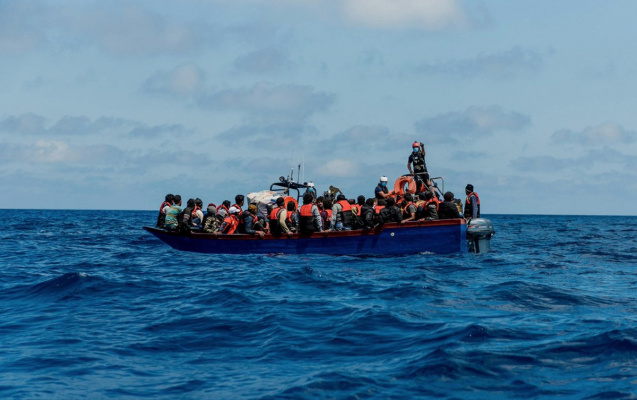 The Greek Coast Guard prevented a vessel with 180 migrants from entering Greek territorial waters near the island of Samos.

At 4 a.m., the crew of a Greek patrol vessel found a yacht north of Samos, in which, as it turned out later, there were 180 migrants. The vessel was moving within the Turkish search and rescue area.

As the heads of the coast guard told the newspaper, "necessary actions" were taken to immobilize the vessel so that it would not penetrate into Greek territorial waters. The Greek authorities contacted the Turkish Coast Guard to deal with the incident.

At 7:00, two Turkish ships arrived, which took the migrants and towed the ship to the shores of Turkey. The Turkish Coast Guard ended the operation at 12:00, as it was transporting 20 people at a time.

According to available information, the yacht was en route to Italy.

Recall that Turkey has repeatedly accused Greece of throwing migrants into the sea on damaged watercraft, putting them at risk for their lives. Greece rejects these accusations, emphasizing that the right to guard the border is inalienable, and Turkey must prevent illegal departures of migrants.