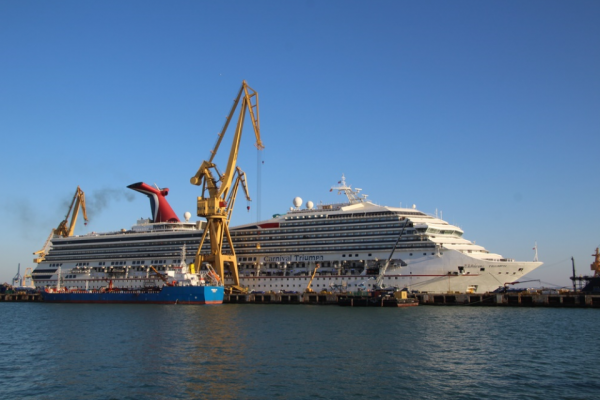 The Carnival Celebration cruise liner with a capacity of 185 thousand tons, which will run on liquefied natural gas (LNG), has been launched at the shipyard of the Finnish company Meyer Turku Oy (part of the Meyer Werft group). In a joint press release of the cruise line and the Finnish shipbuilder, it is noted that the ship is named in honor of the celebration of the 50th anniversary of the famous cruise brand Carnival Cruise Lines (part of Carnival Corporation). Completion and equipping of the vessel will be continued at the shipyard berth.

Carnival Celebration will be the second Excel-class vessel built at the Meyer Turku factory for Carnival Cruise Lines. The lead vessel of this Mardi Gras series is currently in Port Canaveral (Florida, USA).

Rotterdam has become the most non-ecological port in Europe