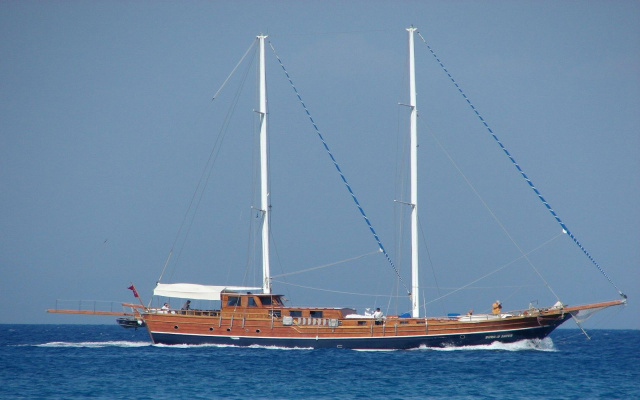 The German sailing ship "Nadir", owned by the ResQshipri Hamburg association, carried out an operation to rescue 34 people who fell into disaster in the waters of the Mediterranean Sea. Having taken on board the victims, the German sailboat is now awaiting help from the Maltese or Italian Coast Guard.
Marine rescuers reported on October 19 that the migrants were at sea in two overcrowded fiberglass boats. Among 34 people there were 15 small children and one pregnant woman. The sailing ship's crew rushed to help the people. She took them aboard her 19-meter ship and gave first aid.

According to ResQship, the migrants were rescued by German sailors and stayed on the sailing ship for over 30 hours.

According to Dr. Daniel Kazingen, who was on board the sailing ship, many of the rescued people have hypothermia. The pregnant woman is in critical condition due to motion sickness and circulatory problems. The situation is aggravated by weather forecasts. According to forecasters, strong winds and high waves are expected.

Malta refused to help in the search and rescue zone (SAR) because the sailboat was sailing under a German flag. In turn, the German authorities declare that they are responsible for incidents only in the North and Baltic Seas. However, they did not leave people in trouble.

A passenger ship has crashed into a coral reef in Indonesia