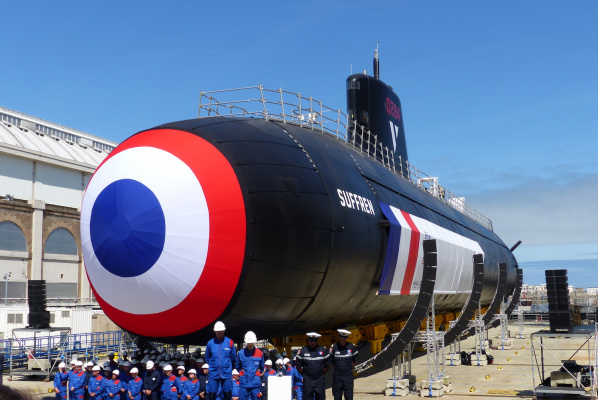 France's navy will receive only 4 submarines of the Barracuda class, which will complete to build by 2026. The current ship is second from the party.

Naval Group has rolled out from the construction shop at the shipyard atomic submarine Duguay-Trouin, which at the end of 2022 will be sent for the French army.

It is reported that, unlike the first Suffren boat in July 2019, the construction ceremony was not covered in the French Military Office. There was no communication from the naval forces, nor the Minister of Defense or the representative of the manufacturer.

Bookmark Kieil Submarine was produced back in June 2009. Duguay-Trouin will continue to finish this month or at the beginning of 2022. Supply in troops should occur at the end of next year. In total, the Naval Group should build 4 submarines until 2026, and the last of them should be commissioned in 2029.

The reason for the construction delay could be a problem with atomic power installation. They were revealed at the end of October. At the first nuclear submarine, Suffren found the "flow" of a steam turbine unit. She had to be embedded by plastic walkers. A similar problem was revealed from the new DuGuay-Trouin.

The main characteristics of the Barracuda class submarine: