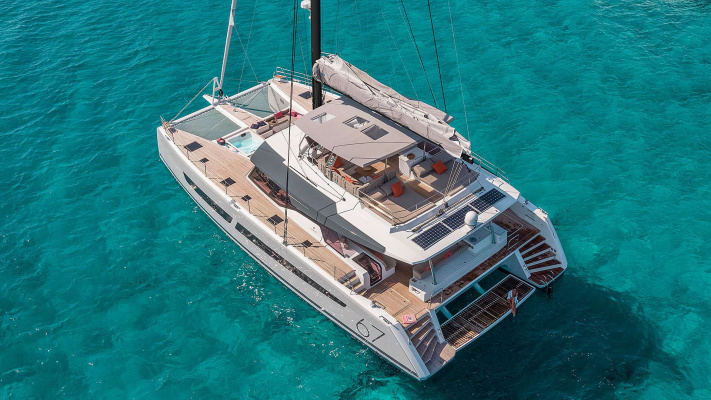 A high-speed catamaran can accelerate so quickly that it practically takes off over the water, but at the same time consumes a minimum amount of fuel - this is how the developers describe the new vessel.

The authors of the modern concept are specialists from the French startup A2V (Advanced Aerodynamic Vessels). The presentation of the first prototype took place back in 2018, but only recently they started talking about among the masses, and all because during this time prototypes managed to show themselves as a promising development that fully met the expectations of developers and ordinary people.

The design of the vessel is based on the idea of making an ultralight catamaran with an aerodynamic shape, which will literally rise above the surface of the water as the speed increases. And, according to the editorial office of Novate.ru, Lili are capable of accelerating up to 100 km / h. The material for the vessel was light fiberglass and plastic with a total weight of 3.5 tons. The dimensions of the catamaran are also known - its length is 10 meters. All these design solutions contributed to the fact that the catamaran consumes three times less fuel than other ships of this type, and ten times less than a helicopter that will fly at the same speed.

To date, several Lili prototypes are flying around the waters of Lake Geneva. And one of them was bought by the principality of Monaco in order to connect the port of Hercules and the pier of Cala del Forte in Ventimiglia. Their application clearly demonstrated another advantage of this concept - they also contribute to a significant reduction in marine pollution.