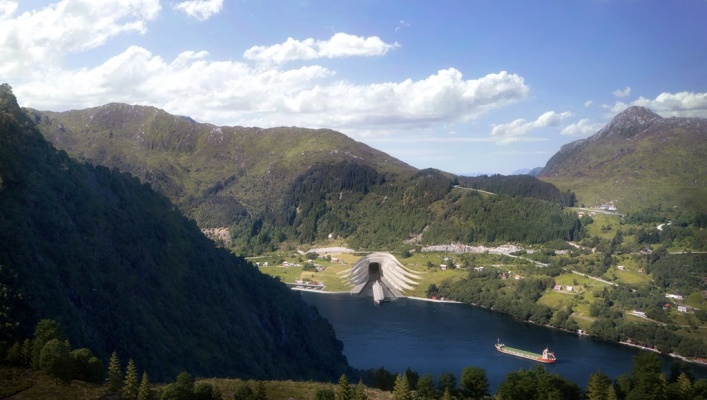 Norway will build the world’s first sea tunnel for ships. It will be called the Stad Ship Tunnel.

It is reported that the tunnel will pass under a mountain height of more than 300 m. During the construction of the barges, about 3 billion people will be removed. cubic meters of hard rock. All construction will take about four years.

The Ministry of Transport and Communications of Norway reported on the funding of the project and identified the first tasks to start the construction work. In particular, there is a need to initiate the process of acquiring land in the area of the construction of the tunnel for ships and the establishment of a project organization, as well as to prepare the documentation for the tender. The first phase of the project is expected to be completed this year.

In 2021, $8.8 million will be allocated from the Norwegian State budget for the first phase of implementation. The total investment is estimated at $330 million. The Norwegian State Budget provides funds for the first phase of the project. The construction period is 3-4 years.
«If everything goes according to plan, then the world’s first tunnel for ships will be opened in 2025-2026», - noted the project leader Stad Ship Tunnel Terje Andreassen.

New projects of Shall company