Fire that claimed the lives of three crew members 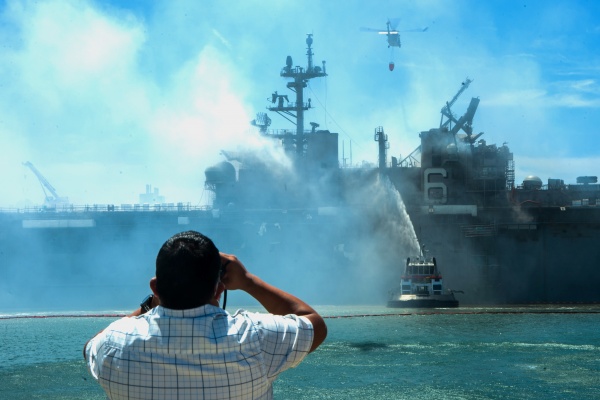 In the morning of 13 February, a terrible event occurred that caused a death of several people. It happened from 170 km away from Mumbai shore on OSV vessel. 18-man vessel suddenly caught fire so many people suffered and three of them could not be rescued.
The Indian Coast Guard reported that there were 18 skilled crew members at that time. Several vessels and aircraft were immediately dispatched to assist in extinguishing that terrible fire.
A search operation was immediately commenced as three people disappeared. But unfortunately, the next day, they were found dead on the boat. These were a fitter, an oiler and a 4th engineer. Their bodies were sent to the hospital for DNA test but it hasn’t been done yet.
Since the fire was unexpected and did not bode well, the Director of Shipping ordered that the investigation should begin immediately. Besides, the reasons of fire are still unknown.
It is known that the fire started in a small engine room where one of the crew members, ETO, was working. He was found with numerous burns all over his body but he was immediately evacuated by helicopter and sent to hospital so his life is not in danger now.
The vessel has now been towed from the scene of the accident and the investigation is still under the way.