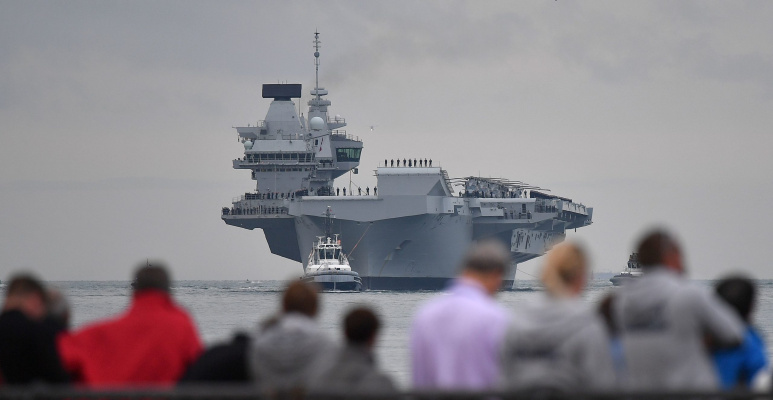 Queen Elizabeth II of Great Britain welcomed the personnel of the flagship of the United Kingdom's naval forces, aircraft carrier Queen Elizabeth, at the end of the longest voyage of British ships since World War II.

After an almost 7-month campaign at the head of an international aircraft carrier strike group, the aircraft carrier, having covered 49 thousand miles (78.8 thousand km), calling at the ports of Japan, South Korea and Singapore, returned to the base in Portsmouth.

Her Majesty described the mission of the grouping as "to establish relations with other states" as an important mission in an open letter to the naval officers. “I was pleased to hear about the important work that you have done to build relations between the United Kingdom and more than twenty countries during your seven-month campaign,” said the Queen. The monarch wished all the 3,700 sailors of the group "to have the most pleasant and relaxing Christmas with their families."

$ 100 million was allocated for a new nuclear submarine in US