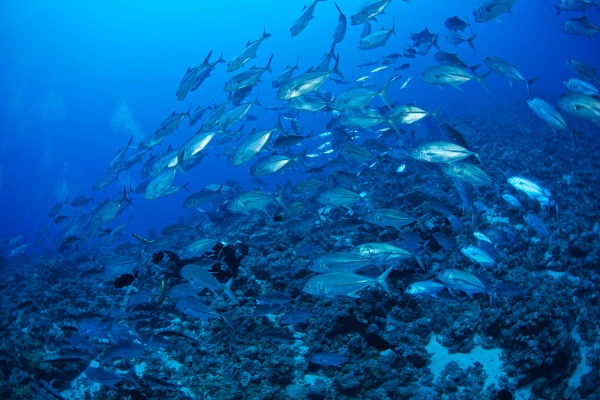 Representatives of 30 coastal countries, from Australia to Kenya and the major fishing regions of the European Union, met to review industrial fishing quotas for yellowfin tuna. For the last 10 years, the tuna species has been on the verge of depletion in the Indian Ocean.
The demand for tuna is increasing annually. Its dietary meat is used for canned and terrestrial fisheries in North America, Europe and Asia. Ecologists believe that, in addition to the natural causes of the decline of yellowfin tuna populations in the Indian Ocean, overfishing also contributes.
According to the Blue Marine Foundation’s London Support Group, the total world catch increased by about a third to 450,000 metric tons per year, amounting to 450 million kilograms. The European Union is now proposing to reduce tuna catches to 380,000 metric tons per year.
"Unless tuna catches are reduced within the next five years, the fish population will reach a critical level and fall below the level required for recovery," the Blue Marine Foundation says.
The head of the European Navy’s Greenpeace UK Environment Group’s Oceans Division, Will McCullum, said that the problem of overfishing had stalled during the COVID-19 pandemic and that decisive action was now needed to avoid irreparable damage to the species.
Scientists have previously stated that Earth is the sixth largest mass extinction of species in history. As species disappear, ecosystems are destabilized and food chains are destroyed, affecting the survival of every living thing on the planet, including human beings.