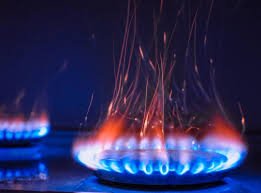 Deepwater gas production is projected to grow further in the 2030s: gas production will more than double in five years and reach 2. 1 million boepd by 2035. Gas production from offshore and onshore reserves will increase by 2035 to about 46% of the region's expected total gas production of 4 million boe/d, based on estimates of recoverable reserves, development timing and plans.

Production growth is also projected to result in a surge in investment in new fields. In 2021, capital spending on new gas and liquid hydrocarbon fields in the region will total $12 billion, with $8 billion spent on deepwater development. By 2030, total investment in new fields will rise to nearly $40 billion, of which $24 billion will go to deepwater projects. "Sub-Saharan Africa is expected to see significant production growth in the coming years, particularly a boom in natural gas production. Despite significant onshore finds, the development of deep offshore resources will be the beginning of a period of rapid growth for the region," said Siva Prasad, senior exploration and production analyst at Rystad Energy.

Natural gas production in sub-Saharan Africa has historically been low, but that looks set to change thanks to significant undeveloped deepwater reservoirs in countries such as Mozambique, South Africa and Mauritania. The deep-water reservoirs noted at TotalEnergies' Area 4 LNG project in Mozambique, where Phase 1 and Phase 2 are expected to begin production in 2028, contain gas reserves estimated at 2. 3 billion barrels of oil equivalent (boe).

The Brulpadda field in South Africa, also operated by a French company, has reserves of 715 million barrels of oil equivalent (boe), and the Greater Tortue Ahmeyim FLNG field, operated by BP and located on the Mauritanian-Senegalese maritime border, has estimated reserves of 300 million boe. Of the current potential recoverable reserves in sub-Saharan Africa, about 60 percent are in deep water, of which almost 60 percent are gas. Mozambique dominates, accounting for 52 percent of all recoverable gas reserves in the region, followed by the Senegal-Mauritania offshore region with a combined 20 percent and Tanzania with about 12 percent. Nigeria also has significant recoverable gas reserves, which will contribute to the expected production growth.

Ghana and Mozambique are two other countries with significant unexploited resources, accounting for 8 percent and 7 percent, respectively, of the region's deepwater liquid hydrocarbon reserves. However, deepwater projects in sub-Saharan Africa are risky and may be delayed or not sanctioned because of high development costs, problems with access to financing, problems with the fiscal regime, and other onshore risks.